Basics of Computer Hardware Course in Cyber Security with Examples

Basics of Computer Hardware Course in Cyber Security with Examples

Basics of Computer Hardware Course in Cyber Security with Examples:-In  this  cyberpointsolution tutorial we are going to describe about the   concept of  Hardware Component which is used in ethical hacking  cyber programming. And also we will describe that how can we use computer hardware in ethical hacking for our safety.  And why we  use  ethical hacking  to make  more interactive and  secure for our daily life. When ever we want to learn any thing the things become more earlier is somebody/tutorial/study material taught us through Examples. Here we have tried to describe each and every concept of  computer hardware course with examples in the light of cyberpointsolution.com  best Hindi  Short tutorial using simple and best possible example. These examples are so simple that even a beginner who had never even heard about hacking and Cyber law can easily learn and understand How  the  Ethical Hacking works in our today’s Technical Field. This is  the best  tutorial/Study Material  very beneficial for beginners  as well as Professional.

What is Computer Hardware

By contrast, software is instructions that can be stored and run by hardware.

Hardware is so-termed because it is “hard” or rigid with respect to changes or modifications; whereas software is “soft” because it is easy to update or change.

Switched Mode Power Supply. They convert AC power into DC power and decide which h/w component need how much current.

If SMPS is not working take black and green wire and connect it It fan rotate it is Ok , If fan is not rotate the problem in SMPS.

4 Pin peripheral power connector. Power to many devices in the computer.

Give power to motherboard.

RAM:- (Random Access Memory)- It is a volatile memory, it temporary store the data. In order for a program to run, it needs to be loaded into RAM first.

DRAM stores each bit of data as program code in a storage cell consisting of a capacitor. A DRAM storage cell is dynamic is that it need to be refreshed or given a new electronic charge every few milliseconds to compensate for charge leaks the capacitor.

Static Ram is a type of RAM that holds data in a static forms, that is as long as the memory has power unlike dynamic RAM, it does not need to be refreshed.

Transfer 64 bits of data at a time.

Sends double the amount of data in each cbck signal. It has 184 pins.

It is faster than DDR because it allows for higer bus speeds. Use less power compare to DDR. It has 240 pins.

Physical connection b/w motherboard and Processor. (where processor fit) responsible for transmitting energy to the Processor

It is double the no. Of core of processing.

Memory is device where the data temporary of permanently store. According to storage there are two types of memory

When logical divided of track is called partition. There are three types of partition.

It is absorbed the unwanted heat of CPU and throw throw it out through fan. 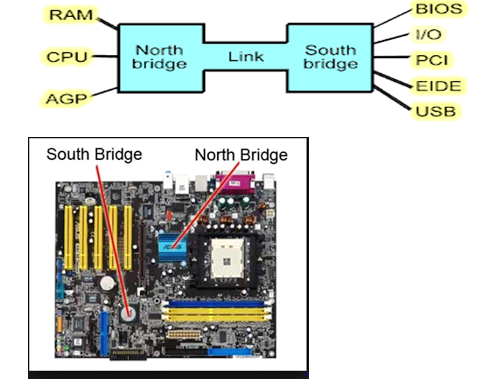 Used for to watch HD video in display.

If we use DVI port for display, we have to external audio port for audio as it only support video.

BIOS (Basic Input Output System) – The information all hardware ports (I/O) are store. In BIOS chip, BIOS first check all hardware path if all ports are working then start the PC and No any device found it give error. 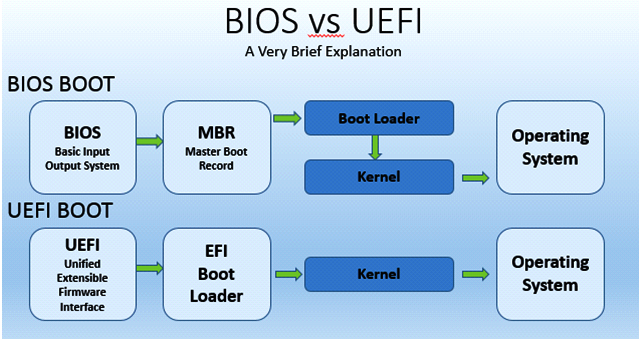 Battery provide a power supply of BIOS chip to maintain date and time.

It have two size

format is method to create allocation table of any storage media and the process complete with help file system.

There are following File System

The Client Operating System is the system that works within computer desktops and various portable devices. This system is different from centralized servers because it only supports a single user. Smartphones and small computer devices are able to support client operating systems

A network operating system (NOS) is a computer operating system system that is designed primarily to support workstation, personal computer, and, in some instances, older terminal that are connected on a local area network (LAN).

A server operating system (OS) is a type of operating system that is designed to be installed and used on a server computer. It is an advanced version of an operating system, having features and capabilities required within a client-server architecture or similar enterprise computing environment.

A DNS cache (sometimes called a DNS resolver cache) is a temporary database, maintained by a computer’s operating system, that contains records of all the recent visits and attempted visits to websites and other internet domains.

The translation of data into a secret code. Encryption is the most effective way to achieve data security. To read an encrypted file, you must have access to a secret key or password that enables you to decrypt it. Unencrypted data is called plain text; encrypted data is referred to as cipher text. 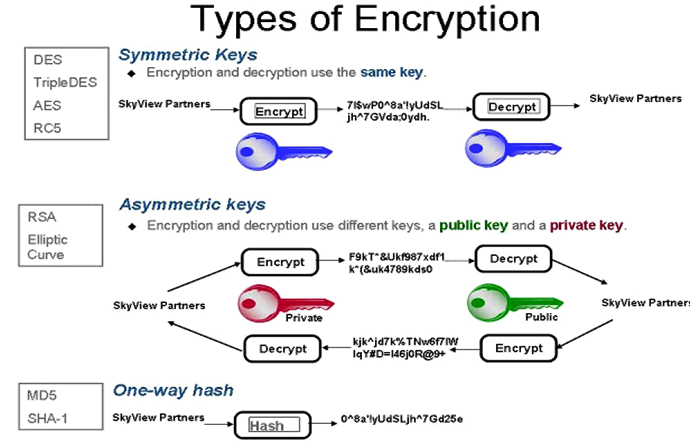 Network-attached storage (NAS) is a file-level computer data storage server connected to a computer network providing data access to a heterogeneous group of clients. NAS is specialized for serving files either by its hardware, software, or configuration.

For Other More Computer Hardware Component which is used in Cyber Security and Hacking Means Ethical Hacking. Click For on this link For the Next Page like Rubber Ducky, Raspberry pi etc links are given below

2020-01-30
Previous Post: Miscellaneous Computer Science MCQs Objective Question and Answer
Next Post: What is Network Marketing and How does It Work Direct Selling and MLM